In March 2017, Scott heard about Sledgepad after seeing an American drummer he followed on Twitter was using them.
Scott contacted this person who gave a glowing review of the product and Scott ordered 2 for his kits.

In doing so, Scott became the first UK drummer to use the Sledgepad.

But what is it?

SledgePad is a head to head dampening system custom made for any bass drum depth. Our product is made from high quality two inch wedge acoustic foam. We have four sizes and each represents a different degree of dampening. The revolutionary vented models are not found anywhere else in the world. They accurately dampen the bass drum, stay in place and look great. We received our patent in December of 2016 after a 3 year process

"After the glowing reviews from several American drummers I respect, I decided I had to get one and replace the pillow in the bass drum. I fitted it on April 7th and instantly we all noticed the change. The drum had more attack and was even more focused in its sound. I was impressed from the moment I hit the bass drum!" 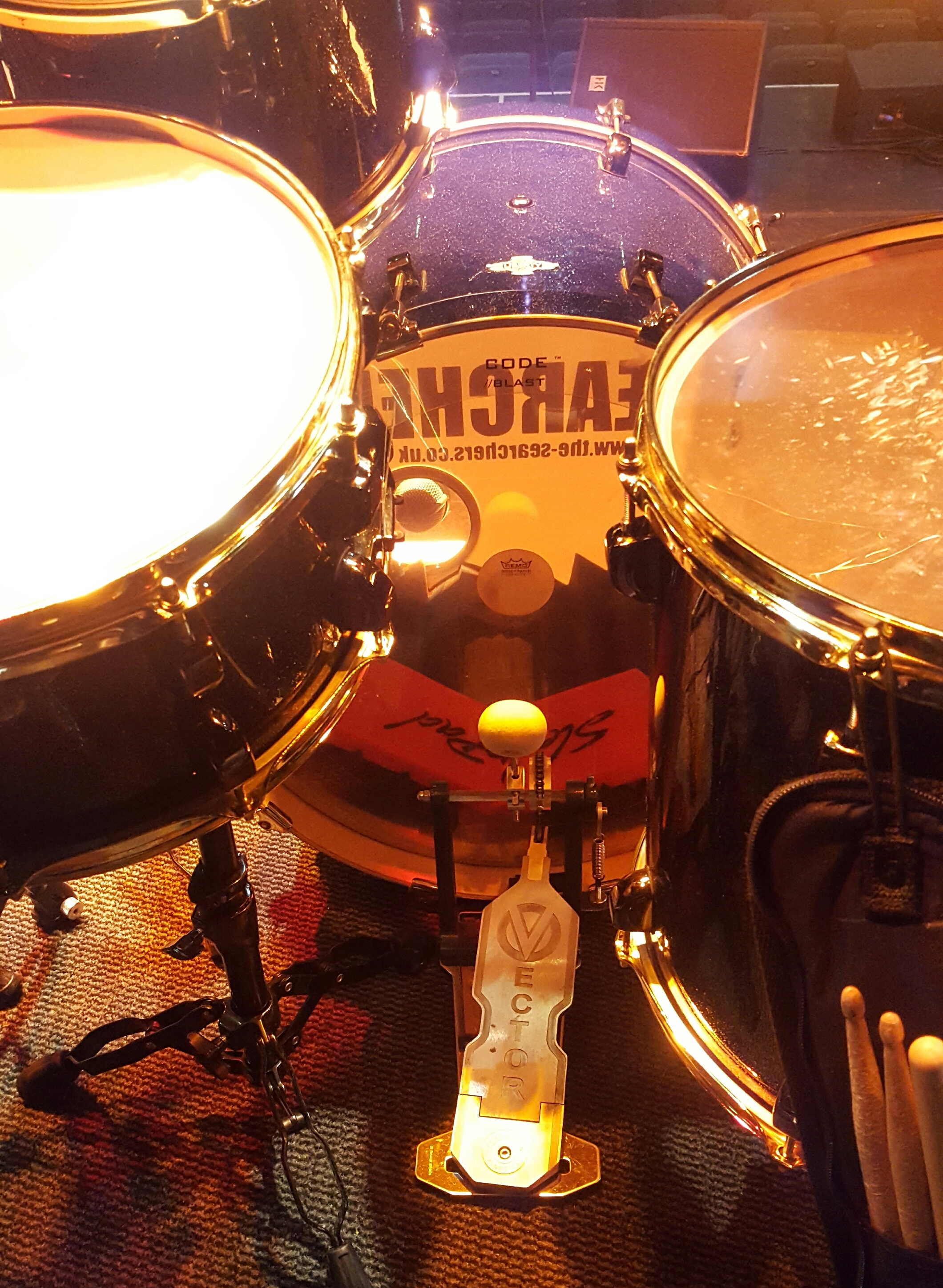